Revolution Dating Founder and President Kelly Leary has perfected the art of romance. With more than 32 years of experience in the dating industry, this matchmaker extraordinaire has helped thousands of men and women meet their other half and live happily ever after.

Blending her decades of expertise with a Master’s Degree in Clinical Psychology and an irresistibly upbeat personality, Kelly and her team at Revolution Dating continue to bring true love to Florida singles of all ages.

Named “The Florida Matchmaker” by Think Magazine and PBG Lifestyle Magazine, Leary’s popular monthly dating advice column “The Singles Scene” is known to her many fans as the local “Sex in the City” column and is considered a must-read throughout Palm Beach and the Treasure Coast. She has also been featured on ABC News, The Palm Beach Post, Stuart News, The Palm Beacher, and has graced the cover of several publications including Florida Woman Magazine.

With exclusive events, as well as one-on-one private matches, Leary’s goal is consistent and simple: to make dating as easy and enjoyable as possible. Kelly finds her work with each and every client incredibly rewarding, because her ultimate mission is to use the power of love to help change people’s lives for the better.

Kelly is also committed to sharing her love in the community through charity work and dedicated philanthropy. Each year, she and Revolution Dating participate in a variety of contributions and events that give back to the greater good through deserving organizations such as the Tri-County Animal Rescue, the Cancer Alliance Help & Hope, and the Renewal Coalition, which assists wounded veterans and their families.

Under Kelly’s exceptional leadership, Revolution Dating has grown steadily and revolutionized the Florida dating scene. The company was named The Best Matchmaker in both 2014 and 2016 by Florida Weekly and won TCPalm’s Treasure Coast Choice Award for best Matchmaking Service in 2015. The exciting events hosted by Leary and her team of Cupids consistently boast astonishing turnouts, and the number of successful matches facilitated by the company continues to grow by the day. 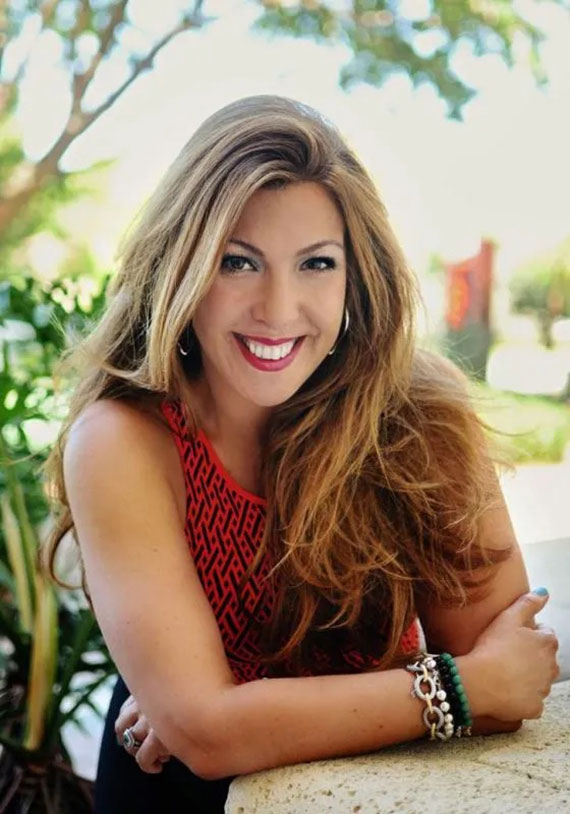 Miranda was born and raised in the Jupiter area and has traveled the world extensively. She obtained her Bachelors of Fine Arts from The University of the Arts in Philadelphia and she has a passion for life and love. Her love for lasting relationships and authentic connections stretches back many years. A disciplined dancer, previous lifestyle contributor for Everyone Magazine, and now certified yoga instructor, Miranda’s passion is the mind-body connection and how we go beyond ourselves and into the lives of others. Her approach to life is that when we are whole within, the overflow of that love translates to lasting, loving relationships. At Revolution Dating, Miranda is devoted to helping people find true love. She is truly “thriving” in her position as Director of Client Services and as a Matchmaker. Our clients and couples adore her!

Ron Mazanet’s goal is to make every Revolution Dating experience the best in the dating service industry. He assists with the behind the scenes details needed to make every match happen. Ron has known Kelly for years and has always wanted to become part of the Love Movement. Ron began his journey officially with Revolution Dating in the Fall of 2019.

Don West has been our Senior Revolutionary Photographer from the beginning. Besides capturing Event and Client Photos, he is our Multimedia expert creating video montages and other creatives ready for publishing.

Katie was recruited by Kelly in 2007 as a client services representative and photographer. Years later, Katie opened her own photography business, Williams-Gove Photography and continues to enjoy being a “Revolutionary” along side Kelly and the team. Katie has seen first hand what revolution dating is all about and what love is all about in her own marriage.

Dennis is currently finishing his Master of Science in Clinical Mental Health Counseling at Nova Southeastern University. Always inquisitive and curious, a recipient of awards and research fellowships. At Revolution Dating he enjoys combining two of his greatest interests, human connection and helping others. A movement enthusiast, when not making meaningful matches, you can find him exploring around the city or engaging in many different athletic activities.

My life in photography began some 31 years ago following in my father’s footsteps and now owning my own photography business Raja-n-Ranee Photography. I met my husband thru online dating, which allowed me the time to spend in deep conversations getting to know him first before meeting. (about 10 years ago in Oklahoma) Having such a positive experience myself, I love working with Revolution Dating because, I truly believe it works! I was so impressed with Kelly and her team from day one, along with the amazing professional clients I have had the privilege of photographing so far. Being passionate about what we do and finding a place to work with others that share that same passion is truly a love match!

Helen Powers knows how to make stylish choices. Formerly, a New York based international fit model, valued in the fashion industry for her insightful point of view and incredible knowledge of style. Helen has crossed over and now permanently resides in the Palm Beach area. Helen has helped shape the look of women’s fashion for 30 years and carries her incredible expertise and experience into home design and decor. A world traveler, she is inspired by the culture and resources of the style capitals in which she has spent her professional life. Helen seamlessly combines New York sophistication with Palm Beach elegance to curate the perfect recipe for coastal chic.